You are here: Home / Blog / UAV Licenses – Why I decided to become both FAA and CAA certified. Part 1...

UAV Licenses – Why I decided to become both FAA and CAA certified. Part 1

As a UAV pilot, I hold two different licenses for my drone company – one from the FAA in the USA, and one from the CAA in the UK. I think as a drone journalist I can honestly say I feel that going into more and more remote places I am more comfortable having both licenses with me. As I travel more and more into unchartered territory I feel from a security stand point it is important to have both. 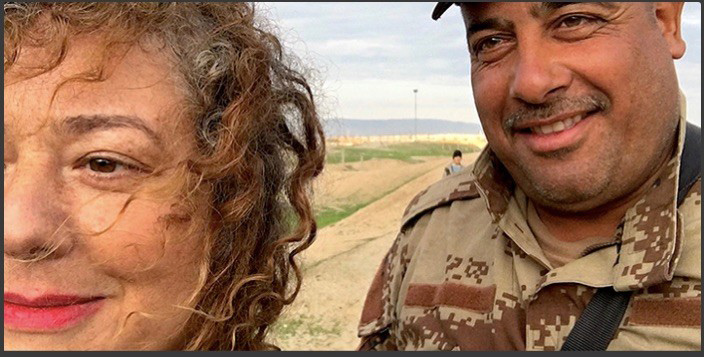 At one of many Security border checkpoints- on my way to cover the Mosul offensive in Iraq, showing my Drones and paperwork.

At the time of writing, and back when I took the test myself, the FAA (Federal Aviation Administration) part 107 was a computerised multiple-choice theory test (which is actually called the Aeronautical Knowledge Test). This can stun people from the UK where the CAA (Civil Aviation Authority) have a far stricter system in that acquiring Permission for Commercial Operations (PfCO) involves a theory test and a practical flight test – much like the UK driving licence.

It’s true that in the US, this means that you can become a fully licensed drone pilot without ever having used a drone before –

The UK system makes makes more sense to me. Courses can be done in a few days for both licenses. The CAA incorporates both the two-hour practical flight assessment and the theory test. The US has no flight exam the day you take your theory test. You are to report to an aviation centre and take the computer test.

Both licences need to be updated regularly – the FAA certification after two years with a retest, the CAA PfCO though an annual form. Through this system long periods of inactivity force a retest – a far safer alternative than simply putting a powerful drone in the hands of someone who ‘remembers how it’s done’.

If you plan to travel the world with your UAV, both the licences from the FAA and CAA will help you considerably and now that I have both, let me tell you I see it has been beneficial to me in countries where civilian droning has not been explored . I always carry both licenses on me for security reasons as I am stopped at borders, military checkpoint and upon entering the countries customs control. I must be prepared for on-going security checks. I also have all of my press credentials and paperwork notarised. When I am stopped which is quite frequently, call it a false sense of security but I am waived though quite quickly to proceed to these remote places with my drones and both of my licences. Some checkpoints stop and look at my CAA licence while others are more interested in my FAA license.

No two countries at this early phase of using UAV technology in conflict zones have the same rules and with civilian droning still in its infancy, some are yet to catch-up with a series of regulations that fit the craft.

It’s imperative that you do the research and don’t take to the air until you are sure of your legal status. Even doing that though I have found these cross-border rules change arbitrarily and often you wake up to a new rule while you are droning in a remote area. Sometimes it can be down right terrifying when these change like that, when you are a pioneer in something this has it’s consequences, like you might be the first to be arrested just so that country can set an example.

It is my hope that a universal license will come into force that allows for worldwide standardisation and it will change all the current hassle, but I would say not in the near future. Currently, each country has its own airspace rules and you are responsible for doing the preparation involved in discovering and adhering to those rules.

Getting through the borders – paperwork is key

It’s not all about paperwork for legalities sake; it also helps a lot with border and checkpoint control. Contrary to popular belief, journalists are “not enemies of the state”, but sometimes we are made to feel as if that’s exactly what we are, and the more paperwork we can present and show how we are licensed and legitimate especially a drone journalist the easier it will be for the next generation of pilots in the field.

As a drone journalist UAV the weight of UAV equipment with the batteries can be intense. Drone batteries tend to last a little over twenty minutes, which means a solid day of work involves typically carrying four to eight batteries for each drone and I have four drones that are in regular use – different vehicles are suited to different areas.

Back in the days before digital photography was of a professional quality, I used to have to carry heavy Nikon film cameras and as much as 60 rolls of Kodachrome film with me for a day’s shooting. Plus, in case I had to build an impromptu dark room in the bathroom, I’d often be clutching my developer kit as well. Drone batteries are heavy and bulky, just like my old Nikon F3 and all of my vintage stuff was when I was just a photojournalst!

Weight is an important consideration and if you are carrying substantial payloads you will need to ensure you are properly certified as the bigger the drone the more likely it is you will be stopped at the airport security for an inspection.

This is an on-going article about licensing as the UK is entering Brexit the above article may change completely if the EU will not recognise my CAA licence. The the FAA considers allowing a category to allow drones to fly over people.

By Gail Orenstein- A Drone of Her Own Blog©